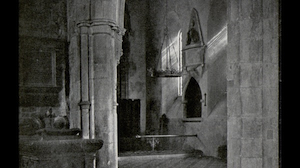 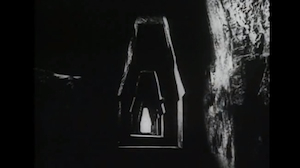 is a composition by Robert van Heumen for 4-channel sound and MIDI-controlled organ. FLoK is inspired by Górecki's Miserere and a library of processed recordings in various churches. It is about creating order in chaos and crunching melody into noise. FLoK is commissioned by Orgelpark in Amsterdam and premiered there on November 3 2013 using Orgelpark's Sauer Organ with its unique digital interface. Read Van Heumen's Composition Stipend Blog for more info on the development of FLoK. The length of FLoK is 21 minutes and 21 seconds.

The First Law of Kipple was revised in 2014 to be performed by an organ player accompanied by a soundtrack. The premiere of this revised version took place in London on November 2 2014 and was performed by Michael Bonaventure.

There's the First Law of Kipple... 'Kipple drives out nonkipple.'...Kipple is useless objects, like junk mail or match folders after you use the last match or gum wrappers or yesterday's homeopape. When nobody's around, kipple reproduces itself. For instance, if you to go bed leaving any kipple around your apartment, when you wake up there is twice as much of it. It always gets more and more. No one can win against kipple, except temporarily and maybe in one spot. (Philip K. Dick)