(music player)
Listen to Songs of Love (and Decay) 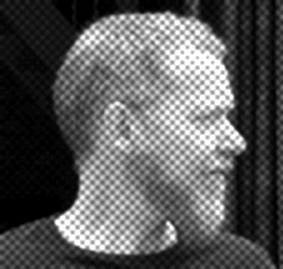 Robert van Heumen is a composer and improvising musician using an extended laptop-instrument to perform highly immersive and hyper-dynamic electro-acoustic music. As a musician, live sampling is his main tool. With a joystick and other tactile controllers, live sampled source sounds are gesturally manipulated and reworked within open ended narratives. Van Heumen is continously researching new strategies for live sampling and looking for the perfect balance between free improvisation and structured music. The laptop is used in an instrumental, tactile way, connecting action to sound like any acoustic instrument. He develops his work with realtime audio-synthesis software SuperCollider inspired by STEIM's live sampling software LiSa. Van Heumen is performing regularly in various ad-hoc constellations and he recentely ventured into the live coding community. As a software developer he builds his code in JavaScript, Angular 2.0 and PHP. His most recent project is a Music Catalog application with an Angular frontend and a PHP API.

Van Heumen develops web applications in PHP, Angular, TypeScript and JavaScript. Projects include the NotuBiz system, an information system for local governments build by MyBit. PointCode is an audio-visual online installation developed in pure JavaScript. His code is available on Github.