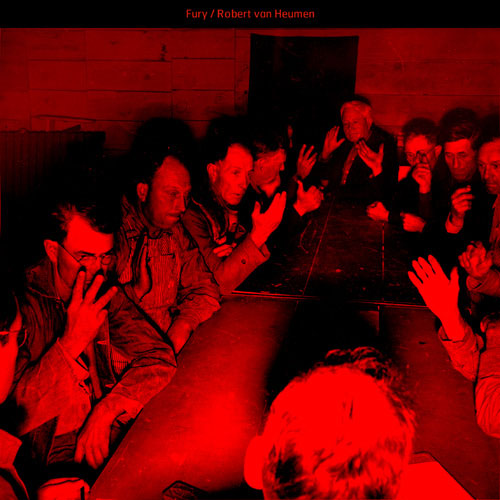 Fury is for sale at various online shops:


The composition Fury finds its origin in texts from the Dust Bowl period in the USA. In current times we find similar economical and ecological conditions to re-appear as the ones that created that disaster in the High Plains in the USA in the 1940's. Fury is also about the primitive in man. The hidden part of us that we try very hard to suppress or control, that boils within us and breaks through the surface only under extreme circumstances. In the current state of the world, our minds are constantly overloaded with information, all the time trying to deal with others around us and our relationships with these people. We try to communicate with them, to convey our inner world, but we fail to really make contact. Frustration and anger can surface unexpectedly and uncontrollably, with devastating effects. Sometimes the fog can clear up and we experience beauty, a hint of something good.

The texts researched are about Dust Bowl migrants living in Farm Security Administration camps in central California (1940-1941). Many Americans fled the Great Plains (Oklahoma, Texas, Arkansas, Missouri) looking for work and a better economical and ecological environment.
These texts were chosen because they breathe a different era, before the world became seemingly 'civilized'. The musical voice of the woman who talks about clashes of colonists with indians in an earlier time, is not only beautiful and soothing but sends shivers down my spine.

Fury is an unnerving account of the emergence of our suppressed rage. Voices and sounds appear and disappear in varying fragmentations and intensities, implying an ever shifting state of psychosis and paranoia. Van Heumen`s extensive practice in live electronics enables him to dynamically and fluidly move carefully prepared sounds within a compositional structure.


In Robert Van Heumen's music there seems to be no more than a partial correspondence connecting the original notion and the ultimate outcome. In fact, although he talks about "the primitive in men" in his rationalization of this recording, the forces pushing humans to fury are neither portrayed in detail nor really felt by the listener. Maybe a concept of "growing tension" could be appropriate to exemplify the sonic content of this CD, which is not an easy task at all. Let's just say that the two long segments giving shape to the disc were realized with the same fundamental sources, including a woman speaking of clashes between colonists and Indians, a few notes of acoustic guitar, utterly deformed orchestral timbres and what's akin to a cross of extreme synthesis and shortwave emanations. The materials are worked and moulded with erudite imagination by the composer, who succeeds in creating a soundscape that's not even remotely associable to anything this writer heard of late. There's a sense of impenetrability at work, like a cautious intention of disguising the essential core of the composition by recurring to a mixture of vibrations, rumbling frequencies and extraneous elements, only rarely made gentler by female apparitions - a cyclical whispering voice, for example, and the above mentioned lady recalling the old times - but in general tending to that glacial disposition that renders the man from the street unwilling to perk up the ears throughout a complex electroacoustic project. In this particular circumstance, it would be their loss as "Fury" is an intriguing effort, whose effect on the psyche - especially when listened with a headphone capable of absorbing the impressive dynamic socks of the piece - is evident, exactly as the will of repeating the experience time and again to better comprehend the peculiar fascination of this unusual arrangement of events that doesn't want to know of being memorized, instead offering further indications with each new listen.


'Fury' is the first real CD by Robert van Heumen, a name that may not ring an immediate bell (perhaps, who knows), but who is an active driving force in the Dutch improvised electronic music. He's active with such bands/collectives/projects as OfficeR, Skif++, RKS, Shackle and founding member of N Collective, if not organizing events for Steim in Amsterdam. His primary instrument is the laptop running software like LiSa (live sampling) and SuperCollider, sampling everyday sounds and making them sound like anything but everyday sounds. On his debut CD he has two pieces. The four part work 'Fury (After Anger)' and 'They Would Get Angry Sometimes'. The first uses texts about 'Dust Bowl migrants living in Farm Security Administration camps in central California (1940-1941). Many Americans fled the Great Plains looking for work and a better economical and ecological environment". The texts however do not play a big part in the composition. There is a bit of guitar like sound to be spotted (self-played? taken from the original recordings), and a bit of text, but throughout the title piece is a racket of noise tumbling through the bits and bytes of the computer - but beware it's not noise in the traditional sense of the word. It's dynamic, ever changing, crackling, loud and soft, buzzing and hissing. Even without being able to understand the text, which doesn't seem to be absolutely necessary, this is a very nice piece, shifting back and forth between abstract sound and more melodic passages. The second piece uses some similar sounds but is altogether a strict abstract piece of music of an even harsher quality type of noise. Vibrant music this is, great music - moving away from the delicate structures of microsound into the land of noise based textures. More Mego than micro. Great start!

Frans de Waard (Vital)
Vital Weekly is an e-mail magazine, which appears 48 times a year and has the latest cd-reviews and news on concerts and festivals. It was hosted by Staalplaat for ten years, but is now moved.


"Fury (after Anger)" is a new project by Robert von Heumen made up of two recordings: the title track, split in four different tracks, and "They Would Get Angry Sometimes". The former has been commissioned by the Sonic Circuit Festival in Washington and the latter has been composed from a performance at Rhode Island's Brown University. Both the works show their "in progress" structure and a strong conceptual approach, in part because of the sound forms riskiness, really suggestive, impalpable, ultimate, but somehow subject to the textual dynamics: recordings dating back to 1940-41 concerning the immigrants' life in the California's Farm Security Administration camps. Van Heumen's thesis is that "Fury" is functional to a specific investigation on the human beings primitive dynamics, our inner part that we feel very hard to eradicate or control. The author perfectly succeeded in emanating a sense of disquietude, even avoiding to decipher all the included texts. The texts are then suspended among drones, hums and buzz'n'crackles: muffled rustlings and dissonant glitches, wonderfully acted in a vibrant music crescendo but also still ambiguous, harsh and unstable.


Dutch electronic improviser, member of an electro-acoustic project (OfficeR) and of a trio active in audio-visual arts (SKIF++), mathematician, trumpet player, software programmer and so on...
Robert van Heumen's compositions are created using primarily the laptop and, specifically, running the software LiSa for a live sampling and SuperCollider for a real-time audio-synthesis.
This is his first CD, containing two titles: "Fury (after anger)", a composition in four movements built on distorted, crackled, buzzed sounds with episodic fragments of spoken words, repetitive at times but often consisting of entire pieces of text taken from historical documents about "Dust Bowl migrants living in Farm Security Administration camps in central California (1940-1941)". Subtle melodies generated by a guitar occasionally interfere.
"They Would Get Angry Sometimes", the second piece, has nearly the same structure, but with more incidence of computer treatments and, perhaps, of noise.
Original work of sampling and programming, great combination of different sound sources, thus an excellent debut.


Perhaps standard fare for KiC, but what are we consumer without our comfort foods. If you know Heuman's work from this year's 'Stranger,' then I think you should have an idea about what this sounds like. There are sampled spoken word portions, analog-sounding noise (meaning wind moved about tubes from various angles, with microphone placement being dynamic), electronics (a more likely creative source) focused on manipulation of sounds created, and harsher electronics most likely being the sound source itself. There are several things I like about this album, and they're all the little details. I like the placement of the sounds in the stereo channels. It feels like there was a great deal of attention paid to how the sound will be physically balanced, not just balanced in terms of frequency and volume. Likewise, there is a great deal of attention paid to those two latter ideas. Moreover, I think the pacing of the album is pretty decent. Now, sure, I woke up early today and blasted this at 8AM (not exactly neighbor friendly, but for every killer bass playing women next door, you have a novice drummer downstairs - test your love of music with THAT arrangement when you have the itch for Feldman), so, yeah, I'm demented, but this caught my attention big time. In short, this will feel like a familiar, but quality noise/avantgarde album, and if that is your thing, you'll be satisfied.


With some of the last releases I can say Creative Sources has become some sort of electronic label. This cd won't deny what I've just wrote, infact despite its oddness "Fury" can be undoubtedly filed in the genre, it's a 5.1 work commissioned by Washington Sonic Circuit festival, is that enough?. The four tracks composing "Fury" even while changing a bit have been linked thanks to some vocal samples, the first and the third moves around some simple guitar arpeggios, the second and the fourth tracks instead are a bit more abstract and dealing with electronic sounds, ghostly atmospheres and soft noisy solutions. Talking about composition we're not speaking about one of those randomly chaotic works where things come in and out with no specifical reason, here you can sense there's a basic idea. "They would get angry sometimes" follows the same footsteps and in someway reminds the atmosphere of the four movements in which the first composition is divided.


Review in The Wire.

'Fury (after anger)' is originally an electronic 5.1 surround composition commissioned by the Sonic Circuits festival 2006 in Washington DC.
'They would get angry sometimes' is a derived version, performed live in 2007 at Brown University, Rhode Island (USA) and at the <>TAG Gallery, The Hague (NL). It shares its sounds with Fury, but has a different structure and different movements. 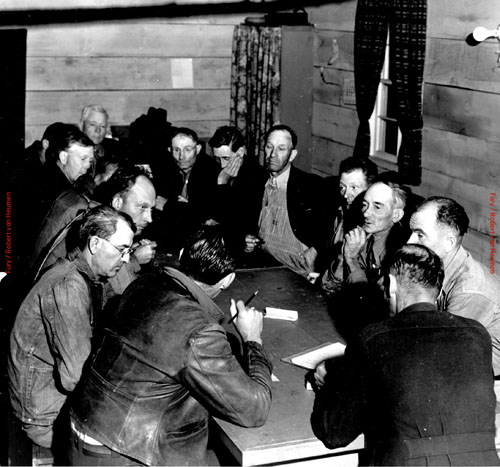